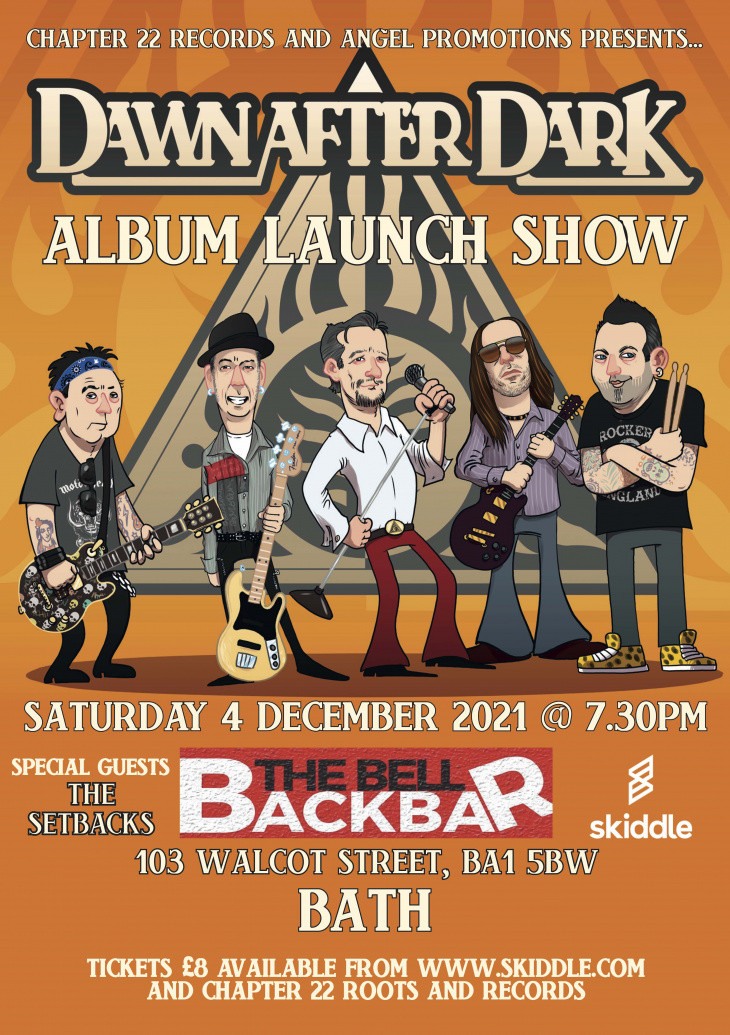 Birmingham rock band Dawn After Dark will release their long-awaited debut album on Saturday 4 December 2021. To celebrate, the five-piece will play two very special shows on the same day in Bath, the home of their record label Chapter 22.

Dawn After Dark will first perform a short, free acoustic set at 3pm at Chapter 22 Roots And Records on Broad Street, where ‘New Dawn Rising’ will also be available. That same evening The Dawners will perform the album live in its entirety at a full electric show at The Bell Backbar on Walcot Street. Support comes from highly rated local band The Setbacks.

Tickets are available now from www.skiddle.com or direct from Chapter 22 Roots And Records, 8 Broad Street, Bath.

‘New Dawn Rising’ is Dawn After Dark’s first physical release since the group reformed in 2019. Despite the problems posed by COVID the album was recorded in the band’s hometown of Birmingham and has already been touted as one of the albums of the year.